On October 13, ahead of the Ayb Educational Foundation's Meghu Contest, about thirty children from Yerevan and different marzes of the RA were hosted in the kitchen of the Academy of Culinary Arts and Hospitality of Yeremyan Projects, Ayb’s sustainable partner. The visit to the Academy was organized as part of the Eat Armenian project. 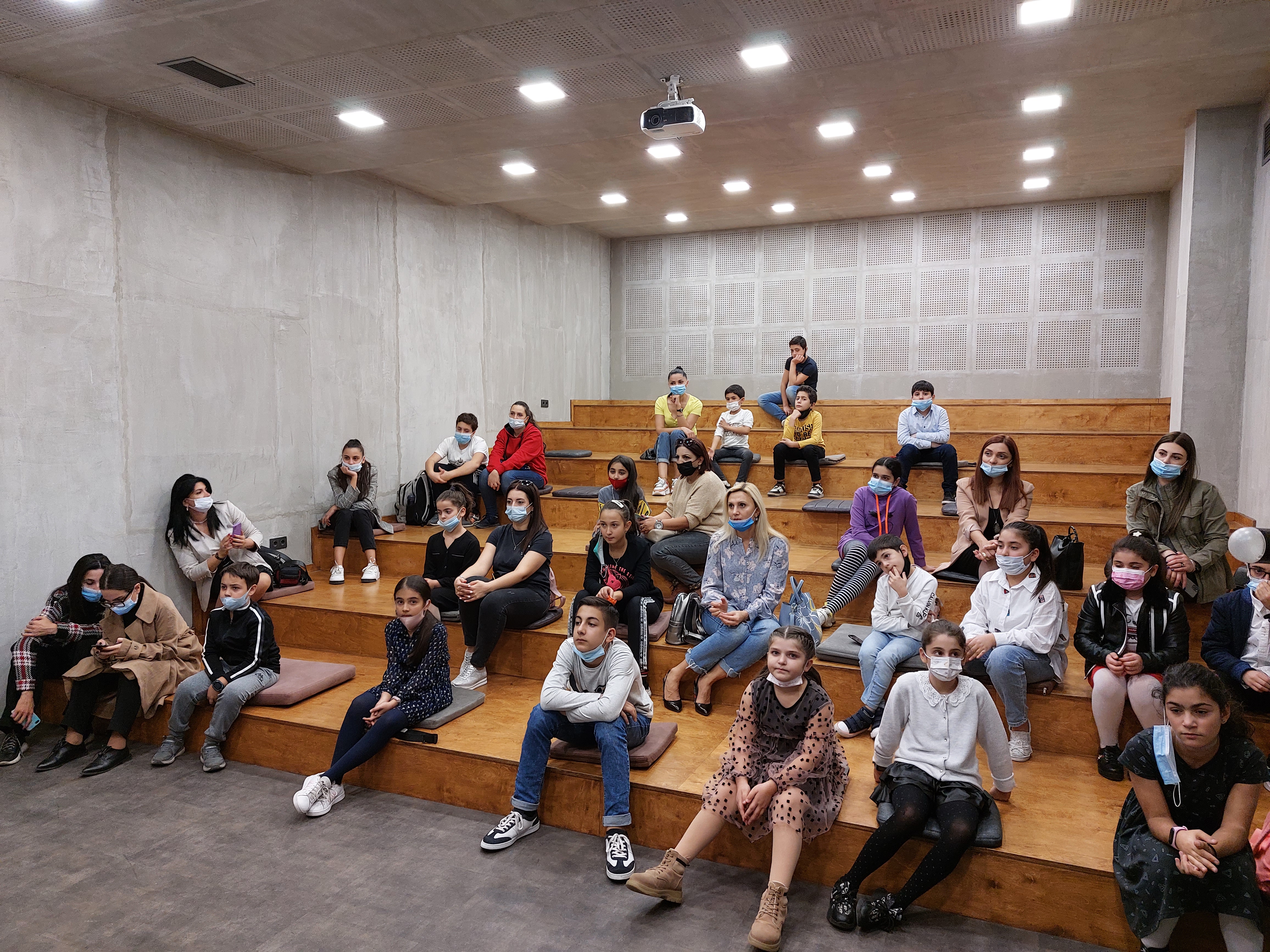 During the visit, the children first participated in a theory course: Vahe Lorents, the trainer of the Academy of Culinary Arts and Hospitality’s History of National Cuisine course, presented the formation and history of Armenian cuisine. Then, in the Academy’s kitchen, the children prepared traditional Armenian dishes—traditional ghapama and Artsakh pakhlava—and tasted what they made with their own hands. 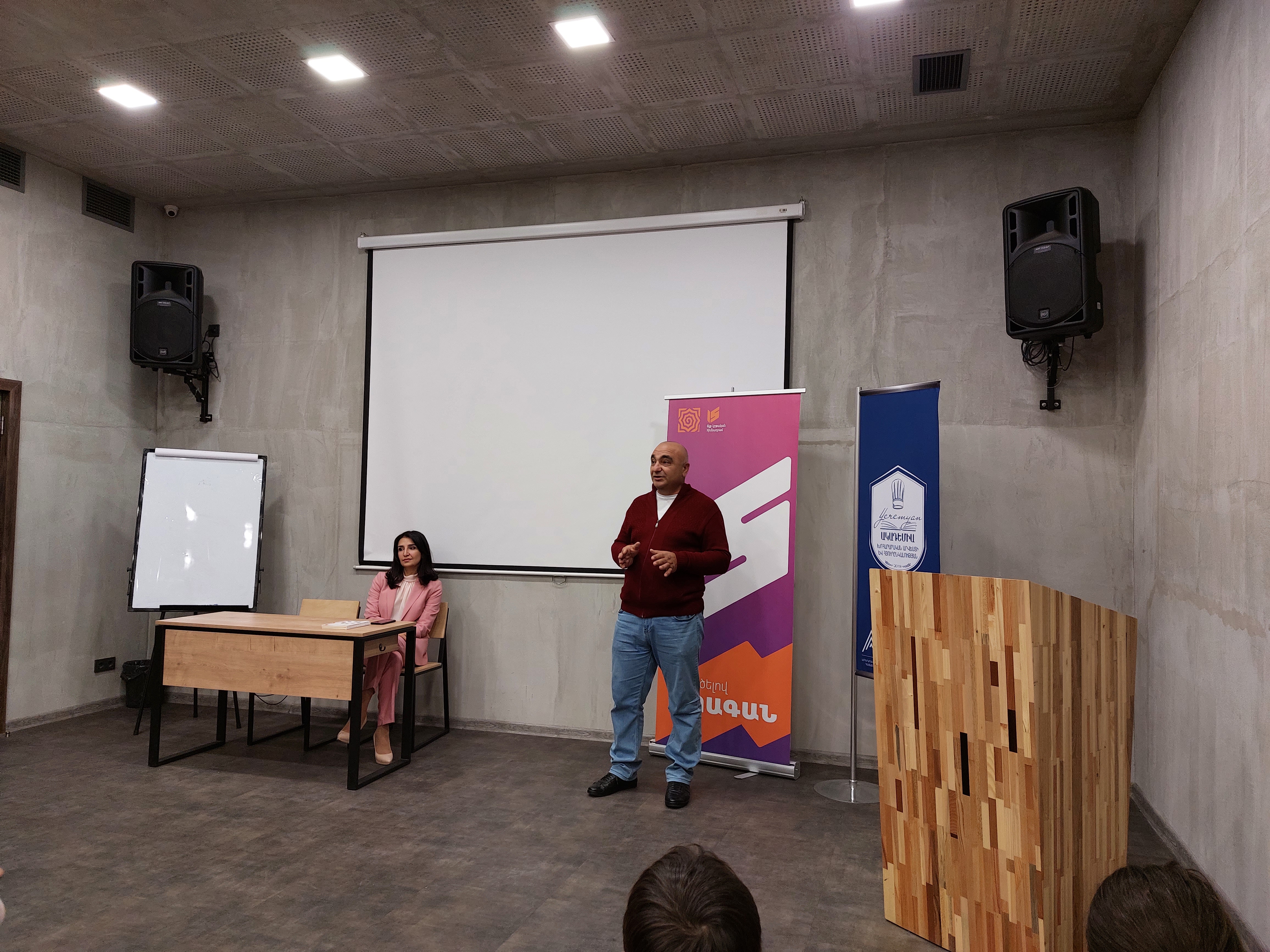 During the visit, Tatev Adamyan, Head of the Ayb Contests department, talked of preserving the Armenian language not only through language but also culture and culinary traditions:

“Armenianness is not only about the language: it includes our culture, rituals, customs, and cuisine. It is very important to ideologically support this initiative aimed at preserving the Armenian language and sharing the same vision. That is why we decided to carry out the Eat Armenian and Cook Armenian programs together with the Academy of Culinary Arts and Hospitality of Yeremyan Projects. The company is one of those few in Armenia whose activity is aimed at preservation and dissemination of Armenian culinary traditions and culture.”

Aida Tigranyan, the director of the Academy of Culinary Arts and Hospitality, in her turn, added:

“Especially today, any initiative directed to the preservation of the Armenian value system should be welcomed. Adhering to the principles of its activity, Yeremyan Academy not only initiates but also with great readiness supports such events that are aimed at revealing the traditions of our national cuisine and passing them on to future generations.”

Ten-year-old Davit Daghbashyan, one of the participants, shared his impressions:

“Today we heard new stories, for instance, how people lived in ancient times, how dishes originated, what tools were used in the kitchen, etc. Then we prepared ghapama together with the other children in the kitchen, which was fascinating for all of us. I will take part in such events again with great pleasure."

The Ayb Educational Foundation continues to carry out a series of interesting events that are based on the preservation of Armenian culture, traditions, and identity. The Meghu Armenian language contest, which is intended for children from the Republic of Armenia, Artsakh, and the Diaspora, is aimed at the revelation and preservation of our identity.