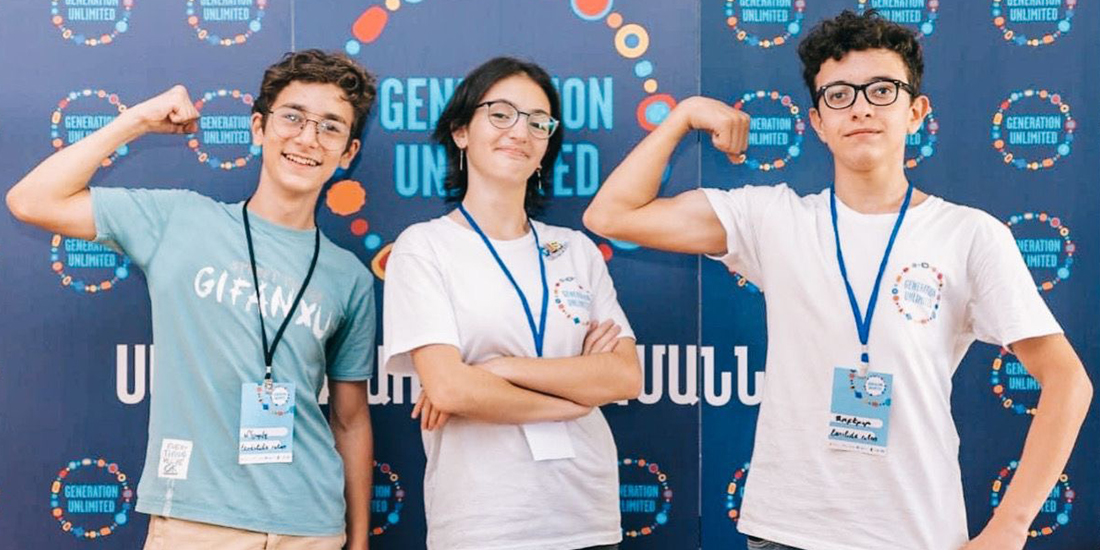 The incubation phase of the Generation Unlimited imaGen Ventures Youth Challenge was concluded in Armenia. Two out of the seven startup teams of adolescents from Armenia that presented interesting project ideas passed to the next, international stage, where they will compete with teams from other countries. This is an opportunity for young Armenians to develop their potential in creativity, to turn it into a viable project, and thereby tackle any kind of social issues.

Generation Unlimited Youth Challenge is held in Armenia for the second time. This year the competition was launched in March by UN Armenia, UNICEF, UNDP, UNFPA, and Ayb Educational Foundation. The GenU Challenge is supported by the RA Ministry of Education, Science, Culture and Sports, Synergy Armenia, Startup Armenia, and Bodyshop.

For participation, 109 applications were submitted by young people aged 14-24 from Armenia’s six marzes and Yerevan. The selection committee chose 12 promising ideas to compete in a weekend Bootcamp in Dilijan on May 28-29. As a result, 7 teams of Armenian youth, having received seed funding (AMD equivalent to 1000 US dollars), passed the incubation phase, and started the implementation of the projects.

During the incubation phase, these 7 teams, working with industry experts, acquired new skills, and put their ideas into practice ahead of the international stage. 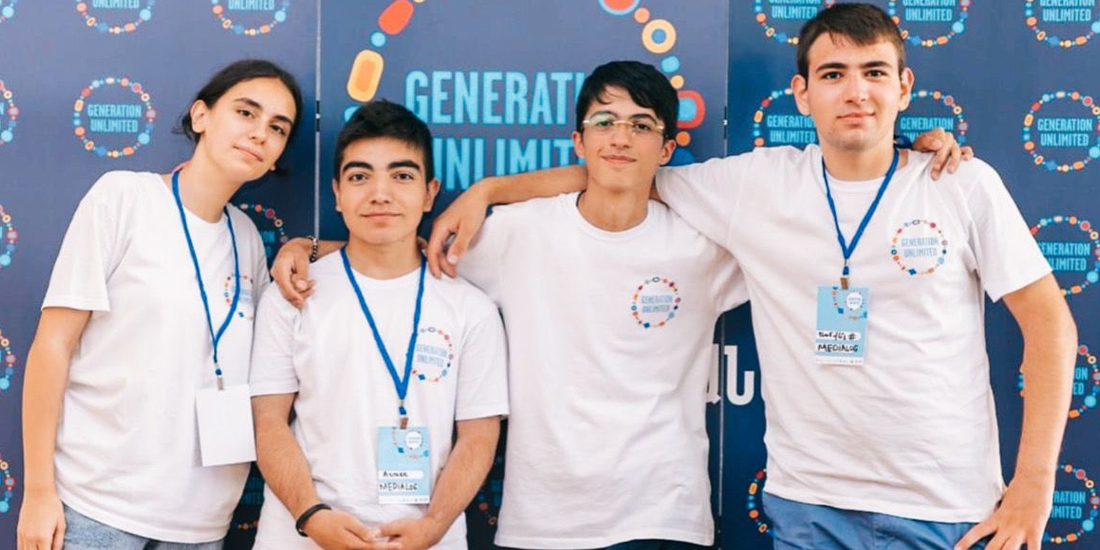 The MeDialog team created a board game to create a media-literate society in Armenia; MeDialog plans to organize courses on this topic for young people. While the idea of Landslide Rulers is related to the prevention of landslides, one of the problems caused by climate change. To prevent landslides, the team is building special bio-geo-cages by reusing waste.

The teams are sure that the knowledge and skills they acquired during the competition will help them not only to present themselves in the best way on the international stage but also to bring useful solutions to our country.

The winners of the international stage will be announced in October this year.

Generation Unlimited: Generation Unlimited is a global public-private-youth partnership working to prepare young people to become productive and engaged citizens. It connects secondary-age education and training to employment and entrepreneurship, empowering every young person to thrive in the world of work.

The challenge calls on young innovators across Armenia and 53 countries to design solutions to accelerate the SDGs: to improve education, employment, civic engagement, or tackle issues in climate change, media literacy, or mental health. Today, this international initiative operates in 54 countries, involving about 200 organizations and reaching out to more than 15 million young people, creating opportunities for them to reveal their abilities and realize their full potential.